How To Install Your E.P.C. Valve Instructions (PDF)

How To Install Your Accusump Turbo After Oiler Instructions (PDF) 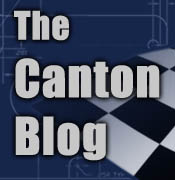 "Accsump Install Do & Do Nots"

"4 pieces to install an Accusump Correctly"

What is an Accusump?

How does an Accusump Oil Accumulator work?

What valve do I choose?

Can My Accusump Be Rebuilt?

What is an Accusump?
The Accusump is the original automotive oil accumulator. It is a cylinder shaped storage container that acts as a reservoir for pressurized oil. It holds this oil to be released when there is a drop in your engines oil pressure. The Accusump is connected to the pressure side of an engine's oiling system and is charged by the engines own oil pump.  Its simple and efficient design uses a hydraulic piston to separate the oil reservoir side from an air charged side.  On the oil side of the Accusump there is an outlet that is plumbed into the engine's oiling system, controlled by a valve. On the air side it's equipped with a pressure gauge (except for turbo oiler models) and a schrader air valve.  The schrader valve allows you to add a pre-charge of air pressure to the Accusump.

Accusump Oil Accumulators Vs. Accusump Turbo Oilers
The basic design of our Accusump Oil Accumulators and Accusump Turbo-Oilers are the same. However, the oil accumulators deliver oil to the engine before starting to eliminate dry start scuffing (pre-oiling) and discharges oil during low oil pressure surges to protect against engine damage during demanding racing conditions. The Turbo-Oilers on the other hand deliver oil to turbos after shut down to lubricate and cool hot turbo components and prevent coke build up and turbo damage.  Since turbo oilers are only concerned with oiling the turbo after shut down they are smaller in size and don't include a pressure gauge.  The accumulator models however, are larger to accommodate the volume needed to feed oil to the whole engine and include a pressure gauge so the user can view the stored pressure in the unit before engine pre-oiling.

What valve do I choose?
The valve controls the flow of oil between the engine and the Accusump. Our Turbo-Oilers do not require any valve system to restrict their oil discharge as they are intended to discharge all their oil at shut down. However our Accusump Oil Accumulators require a valve to close off the unit after shut down in order to hold oil pressure inside so it can pre-lube the engine upon the next start up.

For applications where more convenience is desired or where it is difficult to access a manual valve lever a standard electric valve can be used. The standard electric valve is designed to slowly refill after any oil discharge and is ideal for 'daily drivers', boats, or RVs. The electric valve can be opened and closed from a remote dash-mounted switch or it can be wired directly into the ignition so it will open and close automatically when the ignition is in the 'on' or the 'off' position. For high performance applications that require rapid refill and constant discharges we recommend the EPC electric valve listed below.

For those looking for the convenience of an electric valve and the fast refill rate required in racing applications our (electric pressure control) E.P.C. electric valves are recommended. The pressure control system keeps the electric valve in the off position during times of normal oil pressure. With the valve in the off position it is able to quickly recharge the Accusump with oil pressure after discharge, thus being ready for the next oil surge. When the engine's oil pressure drops below the EPC Valve's preset level the valve opens and releases the stored oil in to the system. Like our standard electric valve the EPC valve can be wired to a remote dash-mounted switch or can be wired directly into the ignition so it will turn on and off automatically when the ignition is in the 'on' or the 'off' position

Can My Accusump Be Rebuilt?
Yes. For a fee Canton Racing Products can rebuild your Accusump for you. Rebuild service consists of cleaning out the Accusump, installing new o-rings, and pressure testing the unit. Please leave the air gauge attached to the unit. The Electric Valve or Electric Pressure Control Valve can also be cleaned for a small fee. Important: Empty all the oil from unit before shipping. Oil filled Accusumps can cause problems during shipping and a hazardous waste fee will be applied. Please package the unit securely and include your name, address, and day time contact information, and a note as to why it requires a rebuild.

Accusump™ not filling or filling too slowly:

It should be noted that the standard electric valve units fill slowly. The design of the valve is to ensure that too much oil is not diverted from the engine during refill. These units are recommended for pre-oiling and not for surge control. The EPC electric valve will fill slowly until the pressure threshold is reached at which time it will rapid fill.

Other reasons for slow or no refill:

1) The manual valve is not being opened completely.

2) The EPC valve is wired incorrectly. When the pressure is above the threshold, the valve should not be energized.

4) The EPC valve may be plumbed incorrectly. The pressure sender should be installed closer to the engine than the electric valve so it can read the pressure coming from the engine side of the line.

5) The electric valve may be installed backwards. It should be mounted so the arrow on the valve points away from the Accusump™. When the valve is mounted backwards oil will not enter when it is in the off position.

6) The feed lines or connecting port is too small.

7) The pre-charge is too high and not letting oil enter.

8) The unit is bent, distorted or mounted incorrectly.

1) The manual valve is not open fully.

3) The electric valve has become contaminated with engine assembly lube or another foreign substance and is not working correctly. The unit will need a rebuild in this case.

4) If a check valve is used, it could be installed incorrectly. The arrow on the check valve indicates direction of flow.

5) Electric power is not reaching the electric valve.

6) The EPC valve may be plumbed incorrectly. The pressure sender should be installed closer to the engine than the electric valve.

7) The hose or ports used to connect the unit are too small.

8) The pre-charge is set too high and no oil has entered the Accusump™.

9) The pre-charge was lost or is too low.

Accusump™ not holding a pre-charge:

Accusumps™ not holding a pre-charge can be an indication of a leak in the air side of the unit, most common when remote gauges are used. Review recommendations under the leak section that follows.

To locate the source of the leak check all lines, fittings, and gauges. Leaks on the oil side of the unit are likely to produce an oil drip. Leaks on the air side of the unit can be found by pressurizing the unit to 60 psi then applying soapy water to each area and checking for bubbles. Inspect and tighten any leaking fittings or gauges. To verify your unit is leak free we recommend pressurizing the unit to 60 psi then waiting overnight to confirm the unit has retained the pressure. Note: A temperature change will affect pressure.

Pipe Threads:
We recommend using Teflon Tape on the pipe thread to help seal and allow for easy removal. All other methods such as pipe dope, silicon, and liquid Teflon are not recommended. All fittings that directly thread into the Accusump™ are pipe threads.

AN Style Fittings:
The AN style fittings and hose ends seal on an angled seat. If there is a leak in one of these connections check for a nick in the sealing seat.

Blow off Valve:
If the blow off valve is allowing oil to escape, it is an indication that the unit has been set-up incorrectly. The blow off valve is rated at 175 psi. and it is rare that they fail. Check your installation instructions and reset your pre-charge. Under no circumstances should you replace the safety valve with a plug.

Reasons For a Leaky Blow-Off Valve

1) Pre-charge set incorrectly, instructions not followed, review the "Setting the Pre-Charge" section of this manual on page #5.

2) An air leak is causing the unit to lose it’s pre-charge and become hydraulically locked.

4) The Accusump™ tube is dented or bent in a way to keep the piston from moving.

5) Contamination is caught in the blow-off valve from previous purging causing a small drip leak.

6) The unit is mounted in a way that twists or distorts the tube that would keep the piston from moving.

7) The unit is mounted next to a high heat source, causing the oil to expand greatly while the valve is closed.

9) Defective safety valve, send to the factory to be checked. (very rare)

Your Accusump™ air gauge is a commercial gauge to be used as a relative reference and not as a precise measure of pressure. Over the years we have seen a variation in readings between the different types and different manufacturers of gauges. Your gauge should be able to give a good indication of the pressure in the airside of the unit. The gauge can be checked by reading the pressure in the air fill valve with a good tire gauge. A replacement gauge or more precise gauges are available.